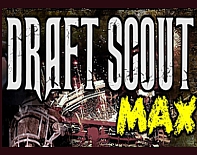 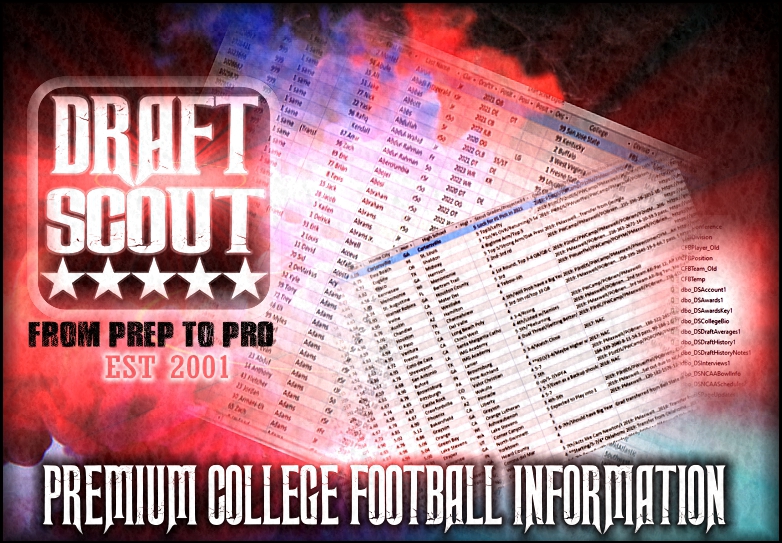 The Sept 18, 2019 Week 1 Update will include all updates to player information, depth charts, rating changes as well as Top 250 Draft Eligible.

10-18 hours a day work to get a solid Week 1 College Football build.

The Industry Standard for over 15 Years, Emailed to you once a week on Thursdays through Jan 18, 2020

ALL the updates and building during the 2019 College Football Season preparing for the 2020 Draft Period. 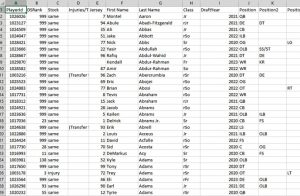 (Sept 18 Update will include Top 250 Draft Eligible, with 85 Underclassmen ranked by Position Averages)

Emailed to you every night!

PLEASE NOTE: News text files for the first 3 weeks during the database rebuild will focus on just major national important news until Sept 18, 2019.
It will include everything below…

– End of Season Regional Conference Players of the Year,
All Conference Teams voted on by the Coaches & Media, All Divisions

By ordering Draft Scout MAX, you will receive 20 plus years of experience and feel safe knowing one of the top independent data entry scouts in the world is now working for you.

Not married, no kids and locked in, doing what I have done since 1998. It’s never been made available this way before.

Need certain information a certain way? Looking for research or help with projects? This can and will help you.

All purchases will receive a link to download the latest database and news back to July 15, 2019 as well as preseason

All-Conference team text files. You will also receive special projects we do and update through Jan 18, 2020.