**PLEASE NOTE: Everything Draft Scout does, delivered every week for one full year starting with date of purchase. 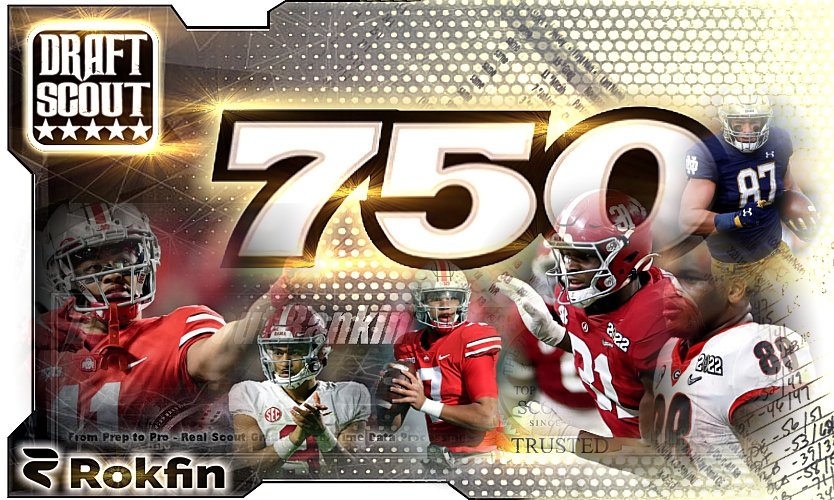 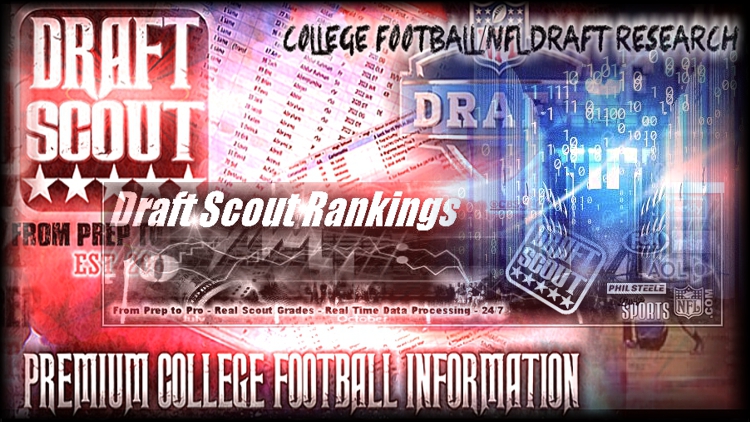 **NOTE: The next two Draft Classes, 2022 & 2023, will be the biggest in Draft History. We will track every player who tests for the Pros.

Draft Scout built and maintains this college player information in FOUR YEAR Draft cycles. We don’t purchase this information from any sources. We build and maintain the backend ALL from scratch ourselves. Since 1998, it’s unique in design to track & rank college players for professional careers…from recruiting & advanced scouting through compiling and swaping/trading this very evolving data you are purchasing with team & league sources for the current Draft season.

College football team rosters are rebuilt after each Draft heading into the new college season, then updated & checked along with key depth chart building in the first few months of each college football season, aimed at the start of Draft season, Jan 20th of each new year. It’s a three, 4 month fluid, evolving process. September-January, College Football Season…January-May, Draft Season…May-August, Reload for Next Season.

Over 1800+ Seniors & Redshirt Juniors scouting grades have been added to the “2022-23 Grades/Road Grade Updates/Ranking Notes” row. Season updates will be made, players added, ratings changed with verified NFL scout feedback (most major changes start in Oct/November), during the season just like the past twenty-plus years.

New Top 350 Draft Eligible. Players in and out, changes made on the fly all season (injuries, performance, NFL scout recommendations, player announcements, etc) heading into the start of the Draft season, January 18, 2023.

PLEASE NOTE: All 131 FBS Team Full Team Rosters and 2-3 Deep Depth Charts (In Progress) will be cross checked/updated and information added/changed before end of Week 7, Oct 12. Team Matchup sheets will be sent out each week for all the big games.

For Next Week: TCU, Texas Tech, Arizona State, Colorado and the rest of the G5 Full Team Cross Checks….Game Matchup Team sheets sent will be emailed out for the big games each week during the season. Day 3 & more Free agent tier prospect ratings, more scouting grades for top D2, D3 and NAIA players.

Early look at Top 100 for 2023 (will be expanded and be redone weekly all summer as the 2023-2025 classes are rebuilt into a Top 350 by the start of the college football season, with unranked transfers, projected starters, first year starters and NFL scouts rating feedback). All players have been moved up a year.

For Next Week: Team sheets sent will be emailed out for the big games each week during the season. Day 3 & more Free agent tier prospect ratings, more scouting grades for top D2, D3 and NAIA players, full team cross check and rebuilds, 2022-2026.

The next two Draft Classes 2022 & 2023 will be the largest ever player pools in Draft History, as 1,800 COVID-Super Seniors went back to school with their extra year. That is one full Draft cycle of players who get a shot in the NFL (Drafted through Tryout) in normal years.

– End of Season Regional Conference Players of the Year, All Conference Teams voted on by the Coaches & Media, All Divisions

– News up to and through the NFL Draft

PLEASE NOTE: This is a ONE TIME Purchase and you will receive the September 21, 2022 download after you pay, sent an update to the most recent database exports  and placed on a mailing list to get a weekly copy sent to you for one full year.

Zip file folder with ALL Files in a desktop folder download. Emailed spreadsheets and text files.