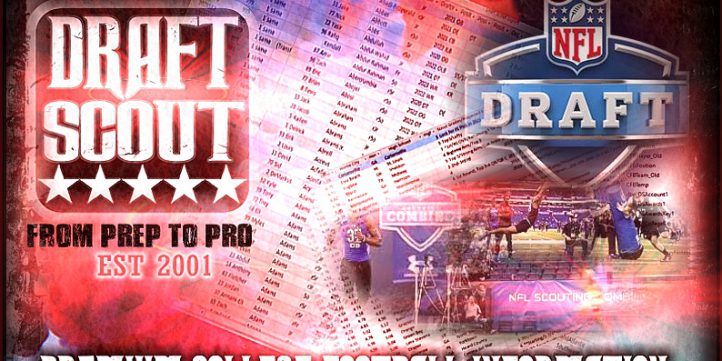 Next week it will focus more on tiers and draft averages, especially rounds 4-7 down.
as well as players ranked 256 overall down.

For now, it has all the underclassmen & position changes to try and fit some 400+ players who
have draftable grades into 255 slots. Hand, Arm & Wingspan added for 700+ of the All-Star games
(Still working the FCS & National Bowl players).

I’m still working on some D2 conference End of Season team cross checks as well, plan to finish that by the Combine.

Everything built from three to five years ago. Players cross checked post-spring, in-season and again now, end of season,
thru the Championship game, All-Star games, Combine and Pro timing and testing days.

-Draft Scout 2020 (3371 Players, All Seniors, All Divisions Combined)
Over 3,000 Players test for the Pros each spring, this number will be declining as
players who were injured and redshirt move back a year, backups, underperformers, etc., are turned off.

PLEASE NOTE: This is a ONE TIME Database Export Timestamped Jan 23, 2020 Purchase.