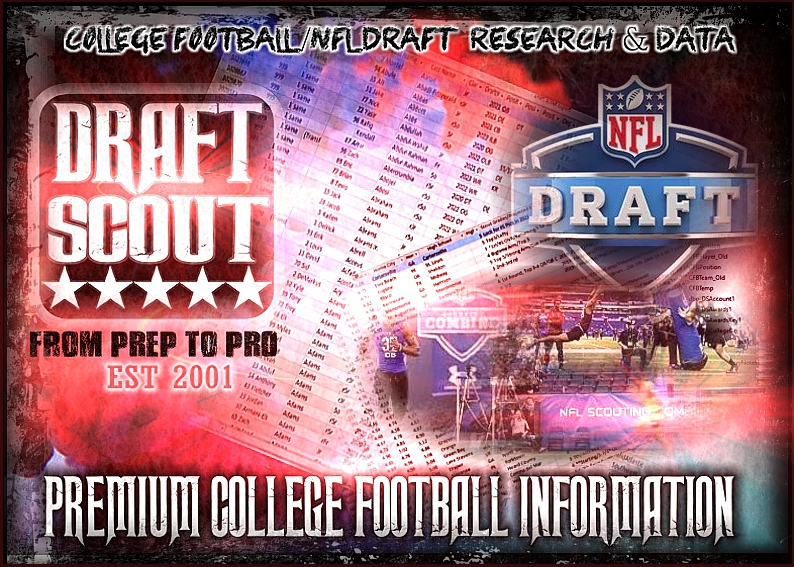 Draft Scout’s 2020 Database Export
DraftedRound, DraftPick, OverallDraftPick, DraftedBy rows filled in for all 255 picks.
Post-Draft High Priority Free Agents signed, logged in the SignDate – 05/06/20 and Signed By for all 32 Teams, over 400 players as of Wednesday, 05/06/20 night.

**PLEASE NOTE: Due to the COVID, coronavirus, pandemic and the cancellation of all major sports around the world,
including the Pro Timing days for over 75% of the 2020 Draft Class, All Draft Scout Patrons who have ordered the Draft Season
version of Draft Scout Weekly will receive free weekly updates until the end of the year, up until Jan 20, 2021. So you will get all the work put
into this from the Post-spring grades/ratings and info gathering, thru all the Watchlist and 2020 season information, hopefully pending for the 2021 Draft Class,
which if all early indications show, is as strong if not stronger on paper than this year in many key position groups.

a price cut for just the 2020 Draft information will be posted with updates past free agent signings as well along with a
reduced 2021 summer preseason preorder.

Pro day results for over 475 players from March 2-13th have been added and cross checked. The ProDayNotes row has the workout information and all numbers filled in that were done, injuries, etc.  The EOSUpdateNotes row will also have info on where the player will be moved, what tier level,  how high towards the draft, if not so already changed…changes that will be made soon, position changes, etc.

I have like 50 more players to add/check, most are small school players who tested after a schools Pro day.

NFL Teams are compiling lists of players that were to work out which will be used to cross check Draft Scout’s ratings, mostly for free agent & tryouts. There are always a handful of players who get a 6th year and go back or for various  reasons don’t persue a professional career they need filtered out. That will take more time than normal this year but it’s in the works for the next few weeks.

Separate Combine sheet with the 337 Invites, Full results, 10/20/40s, injury notes, etc. These rows plus all the Pro Timing Result rows have been added to the main Draft Scout 2020 Spreadsheet as well, after the HighSchoolStars row, towards the back.

For example, if you want to compare a prospect numbers who were at the Combine vs Not invited, you can sort the info to do so, as we go and fill in the numbers.  The HBCU Combine invites have been triggered into the CombineInvite row, Yes = the 337 from Indy, “HBCU”  will pull just the 50 coming up in a few weeks.

Draft Board has been cut to 255 now that the NFL has released all the Compensatory selections. So round three now cuts off at 106 instead of what it was, 102. Fourth round ends at #146, on down. The projections have been adjusted to match exact in those areas. From this point forward, it’s man up man down, with most the action happening back from soon to be ranked #351 down to 1500. Over 1,800 players are fighting to be one of the 25ish No-Combine players selected.

Rating updates and expanded through Top 350/7-HPFA Range now with a lot of Post-Combine Position switches and rating changes all the way down from Mid 1st round to 350, 7-HPFA. Projected High and Lows will be added in soon as well.

Draft Scout always tried to keep 25 Non-Combine in or close to the Draft, that’s the target number and usually hits between 20 and 30 every year. Those players bounce out a Combine Invite who didn’t perform well or another projection.

TierListGrade row has been added. Over the years Draft Scout has kept various types of ratings,  this one has A+ down thru NR (Not Rated) players for all 3,500+

DraftScoutDraftAverages text file has been added to the folder, outlining how a league-wide Draft board is built broken down by all the averages total by position including total average number of players into an NFL building down to the tryouts.

HPFA Tiers, still working on all those but changes have been made. The ratings right under Round 7, Players ranked 230-350 and 351 to 500 range eventually have the most changes during March-April.

Position rankings 2021, 2022 have been renumbered, minus all the underclassmen who are now in 2020. Rerating these players more, expanding more, transfers, etc, as these build towards Spring ball. Work on compiling early lists and spring grades is also in the works.

All Juniors – Freshman have been added a year. So 2021 are listed as Sr-Senior or rSr-Redshirt Senior. There are still some Seniors in this Draft class who may get moved to 2021 based on 6th year, injury classifications.

Everything built from three to five years ago. Players cross checked post-spring, in-season and again now, end of season,  thru the Championship game, All-Star games, Combine and Pro timing and testing days.

End of Season notes for each player placed in the “UpdateNotes” row.
Major Awards, Players of the Year for others released so far have been logged and checked.
All Teams will be cross checked, end of season info for each player inserted.

-Draft Scout 2020 (3566 Players, All Seniors & Underclassmen, All Divisions Combined)
Over 3,000 Players test for the Pros each spring, this number will be declining as
players who were injured and redshirt move back a year, backups, underperformers, etc., are turned off.

PLEASE NOTE: This is a ONE TIME Purchase and you will receive the Reduced April 22, 2020 update download after you pay and placed on a mailing list to be sent updates every week thru May 20, 2020.