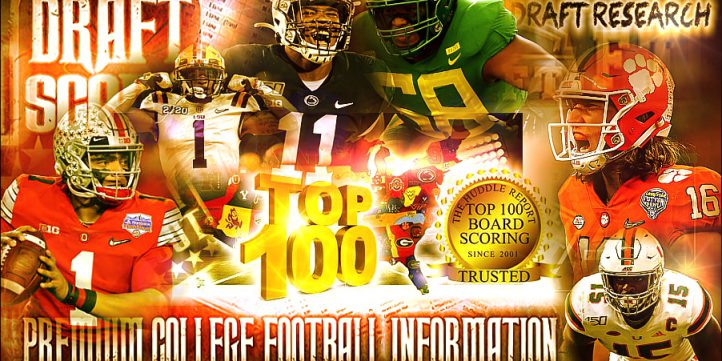 – Updated Draft Scout Top 750, most changes between 101-750 (No Day 3 underclassmen, so 30 more seniors will be bumped out eventually)

– New DSRC (Draft Scout Rating Changes) Excel sheet with all changes from the past week (running log sheet but will split it up into months with midseason and end of season massive changes looming, especially for players outside the top 300 range), for all years, 2021, 2022, 2023 and the new 2024 Export as well.

For next week: Work on the remaining teams where the depth chart building row in the DSFBSTeams is BLANK (Rest of the MAC & Independent teams & first depth checks on Pac-12 teams, rest of the Big Ten who skipped releasing their depth charts). Along with all the news, injuries, awards, etc, for those playing. A big injury recheck pass thru each team again real good, checking players out for the season or missing major time. Next week will also be first depth chart week for the Pac-12, those teams depth charts will get rebuilt starting next Monday/Tuesday.